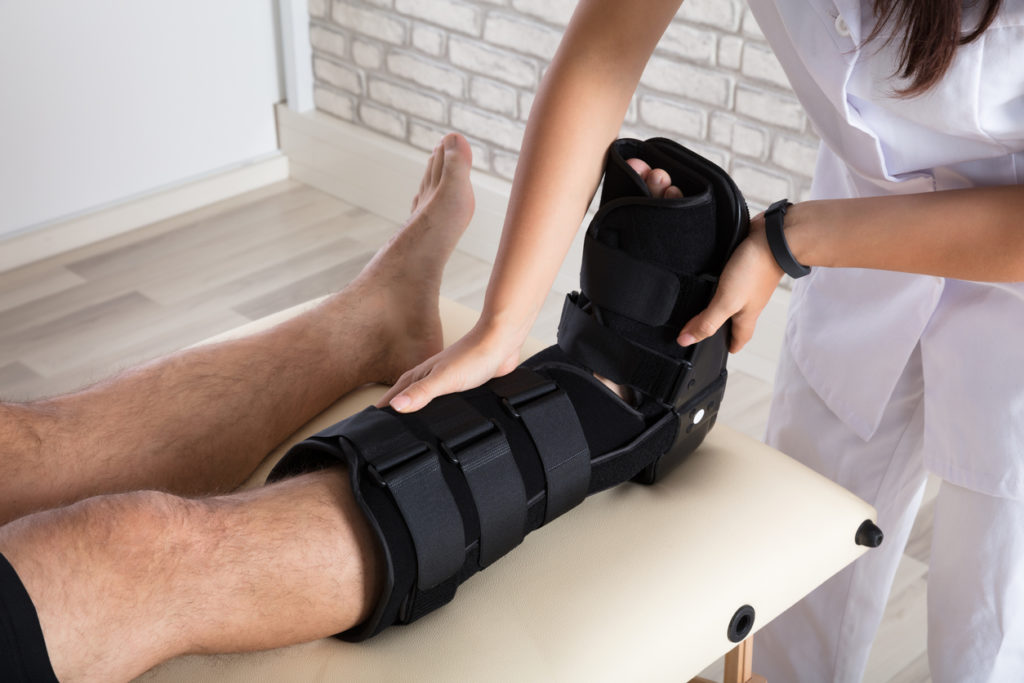 Thousands of people from across the state of Maryland have relied on Orthopaedic Associates of Central Maryland (OACM) for comprehensive care. Some have turned to us for help with chronic pain issues; for others it’s been about getting treatment following traumatic injuries. Some of our patients are competitive athletes; some just want to be able to get out in the yard to play with the kids or grandkids, or take a stroll around the neighborhood. Simply put, the needs of our patients are quite diverse. But one thing that is consistent in just about every patient encounter, and that remains at the heart of every treatment plan we recommend and implement, is our unwavering focus on the patient’s goals.

We are here to help our patients recover from their issues and injuries, and get back to what’s most important in their lives. At the end of the day, that’s what our work is all about. It’s why we are here.

One patient who can personally attest to that philosophy of care is Daniel Frank. Dan is a runner who has been a patient of ours for many years, turning to our practice and Dr. Scott Silverstein for treatment of minor injuries here and there. Then, in March 2018, as Dan was ramping up for his next 100K race, he suffered a very serious injury. He broke his ankle and fibula and needed surgery. He came to us about every aspect of his life – how he would be able to take care of his family, how he would be able to continue working as a high school math and gym teacher, and if this injury would officially put an end to his career as a runner.

Dan’s surgery, performed by Dr. Silverstein, went well. A few weeks later he began a comprehensive rehabilitation program, working alongside physical therapist Karyn Dulaney, who is part of our practice. Karyn guided Dan every step of the way. Working in his favor was that OACM had recently launched our new “Return to Run Program,” and Dan was the perfect patient for us to work with, right out of the gate. Our team led him through a range of gait analyses and different exercises, all with focus on getting Dan back into his running shoes as quickly as possible. Remarkably, in December 2018, just nine months after his traumatic injury occurred, Dan did just that, competing in a 50K race.

Dan’s ultimate goal, however, had always been to break the supported record for the Fastest Known Time (FKT) on the Four-State Challenge section of the Appalachian Trail. In May 2019, he set out on the 42-mile trail trek, determined to set a new record. There to provide water, food, and ongoing support and encouragement, mile after mile, was Karyn. After caring for Dan for so many months, she knew how important this goal was to him, and she wanted to be part of the experience when he pursued it. She even laced up her own running shoes and joined Dan for the last six miles of the run, sensing that he needed a little pick-me-up for those last few, grueling miles.

Dan didn’t set a new record that day. But he still finished that race with a smile on his face, a feeling of personal accomplishment, and a wealth of gratitude for the care he received at OACM and from his physical therapist-turned friend, Karyn. When Dan tells people about his experience at OACM and the role our team played in getting him back out into the world of racing, he says that we “never treated him like a patient.” It’s an interesting statement that speaks volumes about the kind of compassionate care our team delivers, and why it matters to people.

I wanted to share Dan’s story and perspective because I think it’s a good example of the level of quality care and personalized commitment our patients can expect to receive when they choose OACM for their care. It’s a story that makes me proud of our team and the work we do every day, to positively impact people’s lives. And as for Dan … he still has his sights on setting that record on the Appalachian Trail. I’m confident he will do it someday in the future. And when it happens, I’ll be proud to say that OACM played a part in his amazing journey.

I would like to extend a special thank you to Karyn and Kyle for their exemplary work with Dan. While a PT is 100% supportive of the patient’s journey to recovery, to so graciously accept the opportunity to support the culmination of the rehabilitation process during the actual event is the definition of above and beyond. Way to go Karyn and Kyle!